The NBS, in its Second Quarter 2018 Foreign Trade Statistics, stated that first half 2018 crude oil export figure represented an increase of 52.25 per cent compared with an export of N4.8 trillion recorded in the same period of 2017.

“The second largest component of export in second quarter 2018 was vegetable products, which recorded N65.45 billion or 1.5 per cent of the total export in the reviewing quarter. “The value of crude oil exports recorded in second quarter 2018, N3.728 trillion, was 4.2 per cent higher than the value in first quarter 2018, which was N3.579 trillion and 53.7 per cent higher than the value in second quarter 2017, which was N2.425 trillion. “Other oil products exports in second quarter 2018 stood at N516.32 billion, declining in the reviewing quarter by 3.6 per cent compared to N536.68 billion from first quarter 2018, and a 0.8 per cent growth from the value recorded in the second quarter of 2017, which was N512.41 billion.” The report noted that Nigeria exported most products to Europe, Asia and Africa, accounting for N1.849 trillion or 41.4 per cent, N1.284 trillion or 28.8 per cent and 639.3 or 14.3 per cent respectively. However, the report added that within Africa, Nigeria exported goods valued at N265.1 billion to ECOWAS member states representing 41.5 per cent of the total export trade to Africa. Market prospect There are indications that the oil market would continue to be stable in the coming months, thus ensuring high revenue to Nigeria and other exporters, especially as the Organisation of Petroleum Exporting Countries (OPEC), has painted a bright prospect in its latest World Oil Outlook (WOO).

In launching the WOO, OPEC Secretary General, Mohammad SanusiBarkindo, said the past year had been a historic one for the organisation, as well as the global oil industry, with the historic ‘Declaration of Cooperation,’ “helping accelerate the return of balance to the global oil market, bringing more optimism to the industry, which in turn, has had a positive effect in the global economy and trade worldwide.” He added: “the importance of these recent developments, specifically in terms of helping achieve sustainable market stability, is clearly vital across all timeframes,” which is evidenced in the analysis provided in the WOO 2018. Highlight The Outlook has it that: “All forms of energies will be required in the future; it is not about choosing one form of energy over another. Oil is expected to remain the fuel with the largest share in the energy mix throughout the forecast period to 2040. Total primary energy is set to expand by a robust 33 per cent between 2015 and 2040, driven predominantly by Developing countries, which see almost 95 per cent of the overall energy demand growth. “Natural gas witnesses the largest demand growth in absolute terms, and renewables the largest growth in percentage terms. Long-term oil demand has been revised upward for the second consecutive year, with total demand at over 111.7 mb/d in 2040.

Demand growth is driven by non-OECD regions, which see a huge increase of around 23 mb/d to 2040. “There is no expectation for peak oil demand over the forecast period to 2040. Long-term demand growth comes mainly from the petrochemicals (4.5 mb/d), road transportation (4.1 mb/d) and aviation (2.7 mb/d) sectors; the total vehicle fleet – including passenger and commercial vehicles – is projected to increase to around 2.4 billion in 2040. “The majority of the growth continues to be for conventional vehicles, but the long-term share of electric vehicles in the total fleet is projected to expand and reach a level of around 13 per cent in 2040, supported by falling battery costs and policy support. Non-OPEC liquids supply is forecast to increase by more than 9 mb/d between 2017 and 2027, with the major driver being US tight oil, but beyond this period non-OPEC supply is set to decline by around 4 mb/d. “The demand for OPEC crude is projected to increase to around 40 mb/d in 2040, up from 32 mb/d in 2018. The share of OPEC crude in the global oil supply is estimated to increase from 34per cent in 2017 to 36 per cent in 2040. Global refinery additions are projected mainly in developing regions, led by the Asia-Pacific and the Middle East, but also Africa and Latin America. Excess revenue Nigeria 2018 was benchmarked at $51 per barrel and 2.3 million barrels per day. At the current market price, hovering at between $80 and $83 per barrel, the nation generates excess revenue of $32 per barrel of oil exported. Meanwhile, experts, including Director General, Lagos Chamber of Commerce and Industry,Mr.Muda Yusuf, have called judicious deployment of resources in order to enable the nation fully reap the gains of the current stability in the global oil market 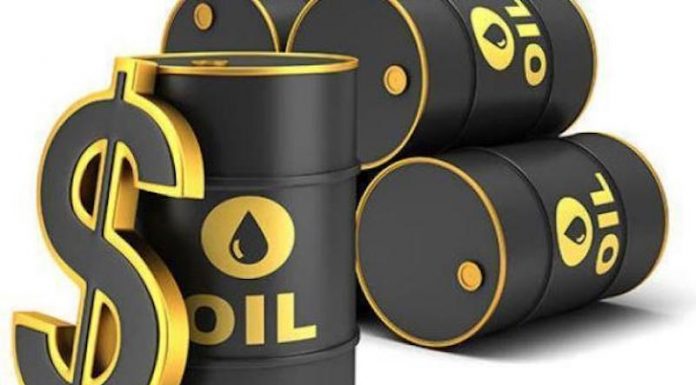 The Nigerian National Petroleum Corporation (NNPC) has leveraged the continuing rise in crude oil prices to earn profits worth N63.73 billion from its operations between February and May of 2018, the corporation’s financial and operations reports for the four months have indicated.

On the issues of product theft and pipeline breaks, the NNPC’s report showed a steady drop in the number of recorded cases of pipeline vandalism from 125 in April to 82 in May.

The report indicated that the NNPC started closing its monthly trade with surpluses in February, and continued even into May – the last month of the report.

The report showed that within the four months NNPC earned N63.73 billion as profit.

Despite these profitable returns within the months, the reports however showed the corporation still recorded consistent trading deficits in five of its subsidiaries which included its Ventures Strategic Business Unit; the Port Harcourt Refinery; Warri Refinery; Kaduna Refinery; and its corporate headquarters, all of which have been its loss-making centres.

In the May report, the NNPC stated that total export receipt of $343.08 million was recorded as revenue against $447.58 million received in April 2018.

It added that the contribution from crude oil amounted to $244.71 million while gas and miscellaneous receipt stood at $75.65 million and $22.72 million respectively 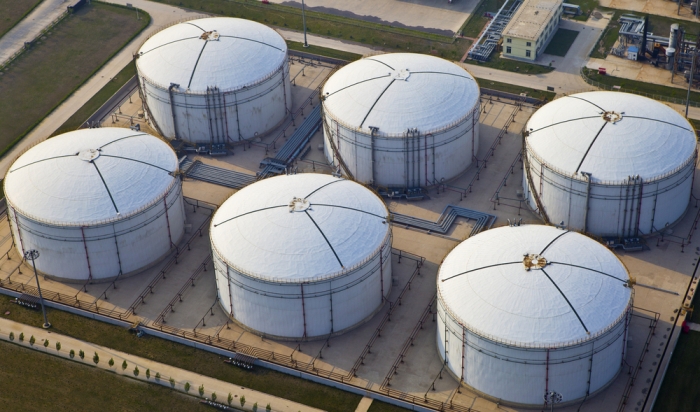 Negotiates funds for rehabilitation of refineries Imports 60m litres of petrol daily Targets 40 days sufficiency from October 2018 to March 2019 By Udeme Akpan THE Nigerian National Petroleum Corporation, NNPC, has adopted new measures targeted at enhancing fuel supply nationwide in the next six months and beyond. The measures, it was gathered included the rehabilitation of all domestic refineries, importation of 60 million litres of petrol daily and 40 days sufficiency from October 2018 to March 2019.

The plan, it was gathered aimed at ensuring availability of petrol in the last quarter of 2018 and first quarter of 2019, usually characterised by increased movement of goods and persons, from one part of the nation to another for Christmas and new year celebrations. In an email to Vanguard, Mr. Ndu Ughamadu, Group General Manager, Group Public Affairs Division, GPAD, stated: “Refineries rehabilitation project is on course, with detailed scope and costing for their repairs concluded whilst financing agreements are about to be executed for Engineering Procurement and Construction, EPC, using original refinery builders. Current average PMS evacuation revolves around 50million liters per day. “NNPC is importing on average 60 million liters per day with current stock of about 1.8 Billion liters (37days sufficiency).

“Depots and Pipelines are under massive refurbishment with system 2B working effectively taking product from Atlas Cove to Mosimi, Satelite, and Ibadan. “Similarly the system 2E is ready to commence operations to deliver product from Port Harcourt to Enugu.” He stated: “Distribution arrangements include the charter and use of about 17 shuttle vessels to fast track deliveries to depots, movement of products through the reactivated pipelines to many inland depots (Mosimi, Satellite, Ibadan, Aba and Enugu). “Products are also being moved to other inland depots via trucks under the Decanting project to serve as strategic reserve with many of such depots now full (Minna, Suleja, Kano, Gombe, Jos, Yola, Makurdi) with Enugu, Maiduguri and Gusau to follow.” He added: “Major challenges relate to harassment of drivers by too many road blocks and extortion which the leadership of security agencies are addressing as well as Union strikes as and when they occur but all being effectively managed with relevant stakeholders.

“We have plan to sustain about 40 days sufficiency throughout October 2018 to March 2019 and sufficient volumes are being stored in all the coastal and inland depots and thus ensure effective disruption, security of our pipeline network has also been increased to guard against vandals and product theft. “Collaboration with other agencies such as Nigeria Ports Authority, NPA, Department of Petroleum Resources, DPR, Petroleum Products Pricing and Regulatory Agency, PPPRA, and Nigerian NAVY) is also being improved to ensure that they provide adequate and timely support as and when required.”

The Department of Petroleum Resources (DPR) yesterday announced plans to produce about 800 Billion Cubic Feet (BUF) per day from the flared sites in the Niger Delta.

The target, The Nation learnt, is part of the strategies that the Ministry of Petroleum Resources, will deploy to evacuate gas from flared sites in the region with the development and operation of Liquified Natural Gas (LNG) modular plants and trucks.

At the end of the programme, Eboh Nsa, who was asked to give the listeners his parting message on gas consumption and the market generally, said: “I want to say in one sentence that you will see a phenomenon growth in the gas mid-stream sector. You are going to see a new industry entirely: innovative industry, for instance modular technologies, modular LNG plants. When you are talking about LNG, people are talking about we are not looking at very big LNG commercial plants. You are going to be seeing LNG trucks, you are going to be seeing a lot of things happening in the Niger Delta, which is actually the destination of flare.

“Trucks are going to come in because we are going to take out close to 800bcf of gas per day out of the flare site. It is the fundamental reason to bring a lot of growth and it will grow the economy.”

The team noted that in the last 10 years, the LPG market has grown by over 700% in Nigeria as the country was producing 257,000 per annum, and now generating over 500,000 metric tonnes per annum.

The DPR said that it has the potential to double the feat in the next five years and triple the achievement in the next 10 years.

The per capita consumption in Nigeria, according to the team, is two kilograms per person per annum, while Ghana’s per capita per person is seven kilogramme per annum.

Commenting on the what government LNG market in Nigeria today, Abubakar said that the Federal Government was making efforts at making the Liquified Petroleum Gas ((LPG) available through its stake in the Nigerian Liquified Natural Gas (NLNG) in Bonny.

He noted that the increase and security of NLNG supply has sustained the growth in the sector in the last one decade.

He said that regulator and government agencies, according to him, has introduced many initiative to support the sector in setting up an LPG facility and infrastructure across the value chain.

The initiative, said Abubakar, has made LPG available, accessible, and affordable to many Nigerians.

He revealed this is the first time in Nigeria that there is a high level LPG in terms-ministerial council on gas, which the Vice President chairs to monitor the implementation of government initiatives of deepening LPG consumption in Nigeria.

The Nigerian gas, said the DPR, is an associated gas that comes with the crude oil, and it can not been used in its raw form except it is processed.

The team noted that this chain of production is accountable for its high cost despite that Nigeria is endowed with the raw gas.

No comments by SuperAdmin